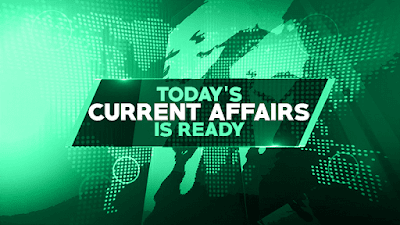 In efforts to double the income of Farmers by ___, the government has set up 713 Krishi Vigyan Kendra and 684 Agricultural Technology Management Agencies.


US has blacklisted five Chinese Tech firm including Huawei, Wuxi Jiangnan Institute of Computing Technologies, Sugon and its affiliates. Sugon is heavily dependent on US suppliers. Sugon is best known as-


In June last year, FATF placed Pakistan in grey-list of countries whose domestic laws are considered weak to tackle the challenges of money laundering and terrorism financing. Recently FATF has strongly urged Pakistan to swiftly complete its action plan by October 2019. Where is HQ of FATF located?


Which of the following state has launched Kaleshwaram Project a multi-stage and multi-purpose lift irrigation scheme?


IIT Mumbai was ranked India's best university for the second year in a row with 152nd global rank followed by IIT Delhi and IISc Bangaluru at 182nd and 184th rank respectively. Which university has world's second highest citation per faculty?


RBI has approved the recommendation of the Panel on MSME to increase the maximum limit of MUDRA Loan from 10 lakhs to ____.


Which state has launched Yuva Sambal Yojana for unemployed youth to give 3000 per month (boys) and 3500 per month (girls and differently-abled) for two years?


On which of the following banks RBI has slapped a fine of Rs. 1 Crore for violating Know Your Customer and Anti Money Laundering norms?


Who became the new ISI chief of Pakistan?