On Wednesday, January 13, 2016
Tags
Science
The best conductor of heat among the following is –
(a) Alcohol
(b) Mercury
(c) Ether
(d) Water 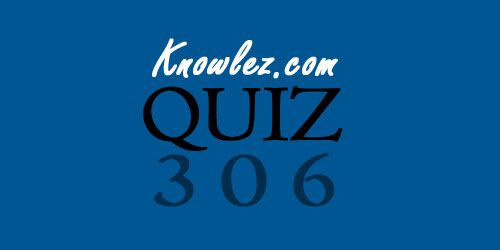 Answer: (a) When two full moons occur in the same month

Consider the following statements –
1. The Earth receives the Sun’s energy at the infrared end of the spectrum
2. The Earth re-radiates the Sun’s heat as ultraviolet energy
Which of the statements given above are/is correct –
(a) 1 only
(b) 2 only
(c) Both 1 and 2
(d) Neither 1 nor 2

Answer: (d) That burn brightly on entering the Earth atmosphere

Answer: (c) Distance
Explanation: One Light Year is equals to the distance traveled by light in one year.

Answer: (d) All of these statements are correct

Answer: (c) Radiation
Explanation: radiation from earth surface gets trapped near surface only because of clouds and thus keeps nights warmer.

Answer:  (b) Copper, nickel and zinc


Explanation: The warmth felt near earth surface and in atmosphere is because of radiation of heat by earth surface, which can be found in lower atmosphere.