On Friday, December 04, 2015
Tags
"In this instance we could not play off th Mohammedans against the Hindus."

Explanation: This statement of Aichison is related to the event of Khilafat and Non-cooperation movement of 1921-22. At this time the Muslim joined the Nationalist stream and there was unprecedented unity between Hindu and Muslims. 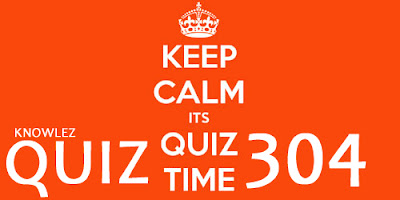 Which of the following is not a feature of the Government of India Act of 1935?
(a) Diarchy at the Centre as well as in the provinces
(b) A bicameral legislature
(c) Provincial autonomy
(d) All India Federation

Explanation: The Act of 1935 provided autonomy to the provinces. The diarchy at the centre as well as in the provinces was implemented by the Act of 1919 not by 1935 Act.

Explanation: The last major extension of British Indian territory took place during the time of Dalhousie. He by his "doctrine of lapse"  and on the "basis of maladministration" extended the company's dominion to 2.5 lakh miles.

Explanation: Gandhi jee suggested to Mountbatten that he should invite Jinnah to form the government as an alternative to the partition of India, but this move was bitterly criticised by the Congress members.

The native state of Tripura became involved in the freedom movement early in the 20th century because:
(a) the kings of Tripura were always anti-British
(b) the Bengal revolutionaries took shelter in Tripura
(c) the tribes of the state were fiercely freedom loving
(d) there were already some groups fighting against the kingship and its protector, the British

Explanation: The native state of Tripura became involved in the freedom movement early in 20th century because there were already some group led by Bengali revolution arise who were fighting against the Kingship and its protector, the British.

After returning from South Africa, Gandhiji launched his first successful Satyagraha in:
(a) Chauri-Chuara
(b) Dandi
(c) Champaran
(d) Bardoli

Explanation: Gandhiji returned from South Africa in 1915 and in 1917 he launched his first successful satyagraha in Champaran at hte insistence of Rajkumar Shukla.

While delivering the presidential address, the Congress President who advocated the introduction of Roman Script for Hindi language was:
(a) Mahatma Gandhi
(b) Jawaharlal Nehru
(c) Abdul Kalam Azad
(d) Subhash Chandra Bose

Explanation: While delivering the Presidential address in 1938, Subhash Chandra Bose adovocated the introduction of Roman script for Hindi language.

At the time of partition of India, which one of the following provinces of British India came forward with a plan for a united and independent existence?
(a) Punjab
(b) Assam
(c) Bengal
(d) Bihar

Explanation: During the time of partition of India, Punjab province came forward with a plan for a united and independent existence but it was due to the effort of Sardar Vallabh Bhai Patel that PEPSU came into existence consisting Eastern Punjab, Patiala and the hilly states.

The Balkan Plan for fragmentation of India was the brainchild of:
(a) W. Churchil
(b) M. A. Jinnah
(c) Lord Mountbatten
(d) V. P. Menon

Explanation: The Balkan Plan was the brain child of Lord Mountbatten, He was authorised by the British government to resolve the situation in India by any means. After trying every way, he reached at the conclusion for Balkanization.

The practice of military governorship was first introduced in India by the:
(a) Greeks
(b) Shakas
(c) Parthians
(d) Mughals

Explanation: The practice of military governorship was first introduced by Greeks. It was Alexander who while returning from India  parcelled out his captured territory among his military general.

Which one of the following dynasties was ruling over North India at the time of Alexander's invasion?
(a) Nanda
(b) Maurya
(c) Sunga
(d) Kanva