On Saturday, September 19, 2015
Tags
Civil Service
Geography
1. What is the difference between asteroids and comets?

Which of the statements given above is/are correct? 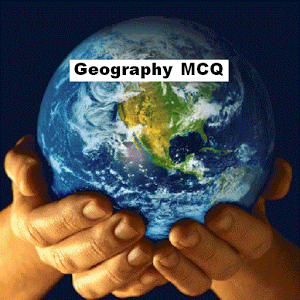 2. Satellites used for telecommunication relay are kept in a geostationary orbit. A satellite is said to be in such an orbit when

Select the correct answer using the codes given below

3. Which of the following statements is the reason for ‘Seasons’ on the surface of the Earth?

4. A person stood alone in a desert on a dark night and wanted to reach his village, which was situated 5 km East of the point where he was standing. He had no instruments to find the direction, but he located the polestar. The most convenient way now to reach his village is to walk in the

5. Which among the following areas is conducive for well irrigation?

6. Consider following statements
Statement I :- Insolation is greatest, when the Sun is directly overhead and the Sun’s rays are vertical.
Statement II :- When the Sun is lower in the sky, the same amount of solar energy spreads over a greater area of ground surface, so insolation is lower.

7. Consider following statements
Statement I :- There is a large-scale fluctuation of oil flow from oil wells prior to earthquakes.
Statement II :- Tectonic stress accumulates to a certain level, the pore pressure within a deep oil bearing stratum reaches its breaking strength causing oil to sprout along the oil wells.

8. Sun emits energy in the form of electromagnetic radiation. The following help in the generation of solar energy, Arrange them in the right sequence beginning from the starting of the cycle.

1. Hydrogen is converted to helium at very high temperatures and pressures.
2. The energy finds its way to Sun’s surface.
3. A vast quantity of energy is generated by nuclear fusion.

9. The greatest seasonal contrast of insolation on the Earth is, in which of the following latitudinal zones?
(a)Equatorial
(b) Tropical
(c) Temperate
(d) Polar

10. Which of the following is/are cited by the scientists as evidence/evidences for the continued expansion of universe?
1. Detection microwaves in space.
2. Observation of red shift phenomenon in space.
3. Movement of asteroids in space.
4. Occurrence of supernova explosions in space.